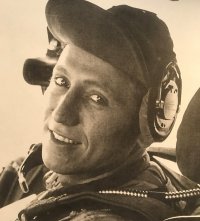 Colonel Ruel J. Neeley of Glen Carbon, Illinois, died peacefully on the fourth of July. Born on a farm near Piggott, Arkansas (Clay County), Ruel began his education at Starr School, a one-room schoolhouse. After graduating from Piggott High, he and his cousin/best friend Don Hitt hitchhiked to Fayetteville, where they were accepted to the University of Arkansas. Both enrolled in Reserve Officer Training Corps and trained as pilots. When Ruel ran low on funds, he worked in Detroit and Flint car plants for a year before returning to school, where he worked in the cafeteria. In 1952, Ruel was commissioned as a Second Lieutenant in the United States Air Force. He had the good luck to wed Billie Jo Jennings the same year, and they moved to Hondo, Texas, where he earned his Silver Pilot’s Wings in 1953. He graduated from college in 1958 after a tour in Japan supporting the Korean War effort.

Ruel’s 28 years of active duty took him around the world as a pilot and then as a commander. He and Billie raised their four children in Kentucky, Japan, New Jersey, Illinois, California, and Delaware, with one graduating from the University of California and three from the University of Illinois. His favorite command, at Travis AFB, California, was the 22nd MAS C-5A squadron. His children’s first flight took place as space-available passengers on this largest-ever military transport aircraft. Ruel’s career highlights also included commands of a support squadron in South Vietnam, an aerial port squadron at Dover AFB, Delaware (where ratings improved dramatically under his leadership), and two tours at Transportation Command Headquarters (Scott AFB) – first as Aircraft Simulator Chief and later as Chief of Safety. Along the way Ruel harvested a fine crop of medals: the Legion of Merit, Bronze Star, Meritorious Service, and Republic of Vietnam Campaign. He also received the Air Force Commendation National Longevity Service Award and Small Arms Expert Marksmanship Ribbon. Yeah, Baby! After his retirement, Ruel piloted commercial passenger jets for Midway Airlines until the mandatory pilot retirement age of 60, accruing 20,000 flying hours over his two careers. He and Billie returned to Fairview Heights to enjoy old friends and make new ones. After Billie’s death, Ruel had the good fortune to court and marry Sue Lynn (Wilson) Neeley, of O’Fallon, in 2016. Friends observed that they were the “youngest lovers of old age known.” Sue’s deep love and commitment sustained Ruel until his dying day.

Ruel gave his life to Christ at an early age and served as Board Chair, Lay Leader, and Elder in various Methodist churches. He was a member of the Masonic Lodge. Throughout what he called “a wonderful life,” he never forgot his cotton-picking, mule-plowing origins during the Great Depression, and he perfected several ways to pinch a penny.

Preceded in death by his:

“The Colonel” is survived by his:

Memorial Service will be held at 11 am on Tuesday, July 13, at St. Matthew United Methodist Church with full military honors, with visitation at the church from 9am to 11am . Private family interment will be held at a later date at Piggott Cemetery in Piggott, Arkansas.

In lieu of flowers, the family requests donations to St. Matthew United Methodist Church or Heifer International. And if you plan to visit Ruel in Heaven, he asks that you bring a covered dish.