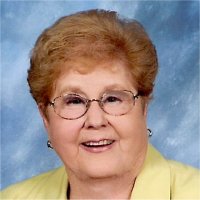 Colleen Elizabeth Krause nee Draper entered into eternal rest on November 28, 2020. She was preceded in death by her beloved husband and best friend, Rev. Dr. Robert A. Krause, who died on April 14, 2003, her parents, John Wesley Draper I and Esther nee Murdach, Draper; her sister and brother-in-law, Harry and Doris Draper Smith, her brother and sister-in-law, Norman L. and Deloris Draper, her sister and brother-in-law Keith and Glenda Draper Chrisman, and her brother John Wesley Draper II.

She is survived by her three sons and daughters-in-law; David and Cindy Krause of San Antonio, TX; Michael and Terri Krause of Lexington, KY; and Stephen and Joy Krause of Phoenixville, PA. She is also survived by grandchildren Richard (Lily) Krause, Ryan (Tarrah) Krause, Kathleen Krause, Mary Elizabeth Krause, Matthew Krause and Megan Krause and several great-grandchildren: Isaac and Caleb Krause; Brenson, Tenley, and Adley Krause; and Konner Gibson. She is also survived by her sister-in-law Linda Draper of Granite City, IL.

Colleen was born on September 22, 1930 in Madison, IL. She graduated from Madison High School and later attended Olney Jr. College and Southern Illinois University at Carbondale where she received both Bachelors and Masters Degrees with highest honors. After graduation she began teaching English at Carbondale Community High School and then in the Belleville District at Belleville West High School. She retired from teaching in 1990 after 19 years of service. She met the love of her life, Robert, in 1950 at an event with the East St. Louis District Methodist Youth in which she was active. They were married on September 7, 1951. As a pastor’s wife, she was supportive of his ministry and served their congregations beside him with love and compassion. She had a deep and adoring faith in God which carried over into her life actions.

Colleen’s greatest joy and achievement was in her three sons. During their formative years she was a stay-at-home mother and always believed that motherhood was her most important, challenging, and rewarding role. In their scouting years she served as a Den Mother and trainer. She was also active in the Union United Methodist Church Women’s group and served as an officer at the conference, district, and local level. She belonged to various organizations such as the Daughters of the American Revolution (DAR), Cahokia Mound Chapter, where she was the past regent, past vice-regent, past chapter chaplain, past District VI chaplain and served as official proofreader for the Illinois State Conference. She was also a member of the PEO Chapter KC.

Colleen was a lover of great literature especially Shakespeare and Emily Dickinson and she was an avid reader. She also enjoyed genealogy, authored and compiled 6 books of family history. Traveling was another pleasure of hers and was fortunate enough to travel with her husband, Robert, to all 7 continents and numerous countries. She also took great delight in her 6 grandchildren and 6 great-grandchildren and treasured her times with them, especially reading to them and playing games with them.

Services: Due to Covid restrictions, private family services with Entombment at Lake View Memorial Gardens Mausoleum. A Celebration of Life will be scheduled at a later date.