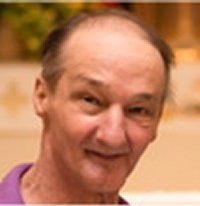 Clayton worked as a Combat Engineer for U.S. Army serving during Desert Storm. After his retirement from the Army he was a contract employee for AT & T.
He was a avid St. Louis Blues fan, fisherman and outdoorsman. He was coach for youth hockey with the Fairview Heights Hawks.

Memorials: Memorials may be made to the Area Humane Society or Galactosemia Foundation

Funeral: A funeral procession will leave from Kurrus Funeral Home in Belleville, IL at 9:15 am, Monday, January 28, 2019 for a 9:30 am Mass of Christian Burial at St. Augustine of Canterbury-Belleville with Msgr. Bill McGhee officiating. Interment with Honors will follow at Jefferson Barracks National Cemetery, St. Louis, Missouri.