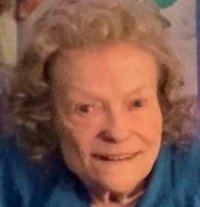 Claire was born in Maysville North Carolina where she was one of seven brothers and sisters. She met her first husband who was a United States Marine stationed at Camp Lejeune and eventually moved to this area where they started their family. She remarried later in life to her second husband John “Jack” King until his passing. Her career path led her to the Electrolux Corporation where she was the office manager for over twenty years eventually retiring from the company. She loved her family and friends and enjoyed occasional weekend BBQ’s and trips home in the summer to see her North Carolina family.

Memorials: Memorials may be made to the American Cancer Society.