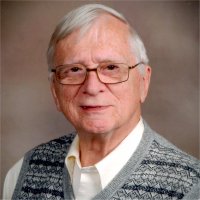 Charles Edward Burkarth (Chuck) passed away peacefully at his home on June 5, 2021 with his family by his side.

Chuck was born December 13, 1935 in East St. Louis, IL. He was a graduate of East St. Louis High School class of 1953 and went on to serve three years in the United States Army stationed in El Paso, TX.

After his return to Belleville, while visiting a local bank, he met bank teller Carolyn Louise Kennedy. They fell in love and married in 1963 in East St Louis.

His distinguished career in sales began at Kaemmerlen Electric and continued with Barrett Electric, National Electric and finally Frost Electric where he retired from in 1997. He cherished the lifelong relationships that were created during these times.

Chuck was a longstanding member of St. Matthew United Methodist Church where he loved singing in the Chancel Choir as well as Fortress. He was also a proud member of the Christian Salt and Light Sunday School class.

He was preceded in death by:

He will forever be remembered as someone who loved to talk to anyone and everyone, never met a stranger, and was a generous soul that went above and beyond for many. No one could have asked for a more wonderful husband, father, grandfather and friend.

We want to extend thanks and gratitude to the caretakers of Hospice of Southern Illinois for taking excellent care of him.

Memorials: may be made to Hospice of Southern Illinois or St. Matthew U.M.C.