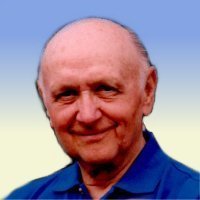 Charles Allen Green of Swansea, Illinois departed his earthly life Friday, May 14 at Grand Manor and is now in his heavenly home in the very presence of his Lord and Savior, Jesus Christ.

Charles was born March 20, 1927 in Obion, Tennessee to Alonzo Walker and Annie Laurie Stallins Green and was the youngest of ten children. He and Margaret Alene Willey of Fulton, Kentucky were married August 17, 1947 and enjoyed a loving marriage for almost 74 years.

During WWII, Charles proudly served his country in the U.S. Navy Construction Battalion, better known as the Seabees. He was a hard-working electrician with O’Fallon Electric Company, a member of Local 309, and a member of the IBEW for 65 years. Winstanley Baptist Church was his second family, and he was an active member for more than 50 years. In his younger days, he enjoyed the Thursday night Men’s Handicap Bowling League at Panorama Lanes and the Tuesday night Winstanley golf league. Some of his favorite things were the St. Louis Cardinals, cheering on his grandchildren at their sporting events, card games with friends, gospel music, beautiful flowers, and watching the birds as they visited his many feeders.

In addition to his parents, Charles was preceded in death by four brothers, five sisters, and two sons, Larry who died at birth, and Jeff who passed away at age 51.

Services will be Monday, May 17 at Winstanley Baptist Church in Fairview Heights, Illinois. Visitation will be at 10:00 a.m. with a memorial service to follow at 11:30 a.m. with the Rev. Timothy Gibson officiating.

Kurrus Funeral Home in Belleville, Illinois is in charge of arrangements. The family is very thankful for the loving care received from Family Hospice and Grand Manor.