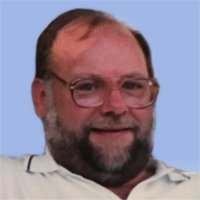 Bruce was born Sunday, February 20, 1955 in Columbus, Ohio to Wayne and Dorothy (Poniske) Knapp. He graduated from Althoff Catholic Highschool in 1973 and Southwestern Illinois College in 1975. On June 19, 1976 he married the love of his life, Jayne Becherer in Belleville, Illinois. Bruce was employed as a Medical Laboratory Technician and received many accolades throughout his career. His knowledge and skill led him to become an exceptional clinical instructor, in the field. He loved teaching. He also was an accomplished outdoorsman. He spent much of his free time hunting, fishing, and camping. He was a member of numerous hunting and nature conservation clubs. He also enjoyed music, writing, but above all, spending time with his family.

Bruce was preceded in death by his:

Bruce is survived by his:

Memorial: A memorial luncheon and celebration of his life will be held from 12pm-4pm, Sunday, October 13th at Catholic War Veterans Post 370 in Belleville, IL.