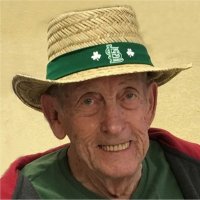 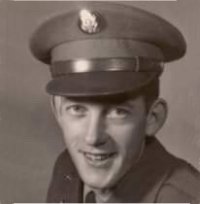 Bill was preceded in death by his:

Bill spent most of his formative years in Little Rock, AR, although he and his family lived for a short while in Los Angeles, CA. He graduated from Central High School in Little Rock and attended the University of Arkansas in Fayetteville. He left college early to work side-by-side with his father at Kelly Air Conditioning Service. Bill reconnected with the love of his life, Ginger, in 1953. With the support of their families, they eloped to Greenville, MS and wed. He served honorably as a Sargent in the United States Army during the Korean War. Bill eventually moved his family to Belleville, IL where they worked to establish themselves in their community. Bill was a faithful member and Deacon Emeritus at Villa Hills Baptist Church, where he worshipped and served actively until his health prevented him from doing so. He was also a dedicated member of East Lodge #504 AF & AM, Scottish Rite Bodies and Ainad Shrine where he became president of the Shriner’s Hospital Unit for a short time.

Bill was also a life-long, passionate car enthusiast, and had a special fondness for Hudson cars. In all the spare time he could muster, he would purchase and restore antique cars. Some of his favorites where a 1964 Chevrolet Corvair, a 1941 Hudson Sedan, a 1953 Hudson Hornet and a 1953 Hudson Superjet. For the past 20 years he was a member of the Hudson/Essex/Terraplane Car Club, whose members and social outings brought him great joy. He was an avid fan of the St. Louis Cardinals, Arkansas Razorbacks and NASCAR.

Bill was an incredible husband, father, grandfather, great-grandfather, brother, uncle and friend. His character and deep faith shaped many lives, and he will be greatly missed.

Memorials: Memorials may be made to the Shriner’s Hospital for Children or BJC Hospice. Louis

Funeral: Funeral Services will be held at 11:00 am, Saturday, September 19, 2020 at Kurrus Funeral Home in Belleville, IL, with Pastor Jack Kurrelmeyer officiating. Interment will follow at Valhalla Gardens of Memory, Belleville, IL.