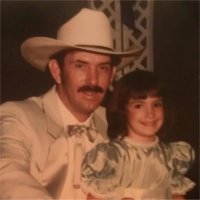 Barry was a truck driver for many years. He enjoyed his job and was a proud driver of the Teamsters.

Funeral: Private family services. Cremation was held at his request.