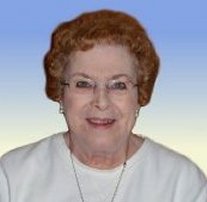 Ardella was preceded in death by her:

Ardella is survived by:

Memorials: Memorials may be made to St. Johns United Church of Christ in Fairview Heights, IL and Hospice of Southern Illinois or the donor’s choice.

Services: A private family burial will be held at Valhalla Gardens of Memory in Belleville. Illinois