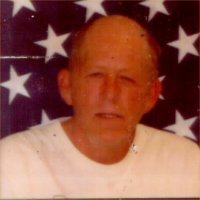 Al was diagnosed with kidney disease and subsequent dialysis about three short years ago. He fought a courageous, dignified and valiant battle and succumbed to the illness on September 4.

Known by few, back in the day, Al was the youngest Boy Scout in the State of Illinois ever to achieve the Eagle Scout Rank, the highest achievement attainable in the BSA program and achieved by only 4% to this day.

He graduated from BTHW in 1969 and enlisted in the U.S. Navy, assigned to the destroyer ship USS Henry B. Wilson during the Vietnam War.

Following service, he lived the young life in Southern California, returning to family and home in Belleville.

He worked for many years in Finance, decided to forego the corporate world and began painting homes for a living.

Big Al traveled the world, fishing in its beautiful waters. He bagged a marlin and hunted wild boar in the jungle of Hawaii, carrying it out on his back, native style, for the “best ever” pig roast.

Some of his best life was spent at the St. Clair County Anglers Club in Millstadt, where he held valuable membership for about 20 years.

Al was quiet and wry, and fiercely loyal to his ideals and those he held close. He had a sense of fairness and honesty rarely seen. He was a formidable pool player, an ace at cards and cribbage and loved fishing more than us sometimes!

Memorials: If any donations are wished, the National Kidney Foundation and Hospice of Southern Illinois can always use help.

Services: Per his wishes, there will be no funeral service. A celebration of his life will be held in the near future.